PCB Solutions continues to set standards for ourselves in more ways than just providing quality printed circuit boards.  Standards that we know may not be seen by our customers but do make a moral difference. For instance, all of our printed circuit board suppliers maintain the ISO standard ISO14001. This standard is an environmental standard required by our factories to maintain. These types of environmental management systems are described below:

Specifically, the ISO 14000 group of standards address multiple aspects of management for the environment. For companies and organizations looking to control and identify their own environmental impact and also to improve their environmental performance, this family of standards provides practical tools.  These standards include but are not limited to auditing, communication and cycle analysis.  The specific standard our factories adhere to is the ISO14001:2004.

Regarding safe working cultures – around the world there are as many different factory working cultures as there are countries. These differences do not necessary mean less care or that intrinsically products made in one country are better than those made in another. But, custom and practice trumps Risk Assessment or Hazard Analysis every time and PCB Solutions strives to ensure the factories we produce our product at are safe for the workers who produce our products and that the environment is protected in tandem with each other.

I have over the years had the chance to witness many of these different cultures with their different approach to factory standards.

10 years ago in one (world leading) biscuit oven factory in the States I commented on a main (unguarded) drive shaft that ran the length of the factory. Its job was to drive belts (again unguarded) to a full set of machine tools. Out of interest I followed the shaft to find a rather incongruous electric motor drive at the end. I mentioned it to one of the machinists who was younger than me. He remembered the steam engine before it had eventually been replaced. The equipment still made first rate parts for their ovens although the risk to life and limb on the belt drives lived on from the age of steam.

When working in a corn chip plant in  Rome I had followed all the rules about working in a food area – washed hands, covered hair etc. – and went to handle some dough only to be told that every food handler must wear rubber gloves. A hygiene precaution rarely seen in the UK. But, when in Rome… However later that evening as the production trial progressed a cat came and sat on a pallet of flour in the factory and watched us work. I commented about the cat to be told that it was the warehouse cat used to keep on top of the mice. No it was not wearing rubber overshoes. 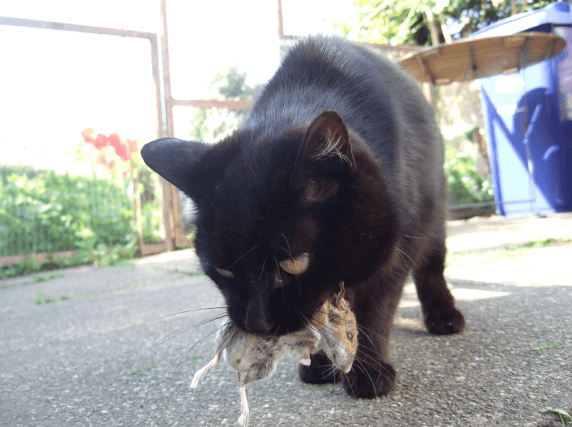 In the UK I am required to wear a snood to cover my neatly trimmed beard when I am in a food processing area. I have for some time looked for a credible explanation for this. Facial hair does not fall out. Have you ever seen a man with a bald chin? No! And what about all those fellas working in food factories with the standard white trousers and short sleeved Polo shirt uniforms? Many have hairy arms and I have seen some with a “shag” carpet on the backs of their hands. The snood requirement is not justified but is a part of the UK culture. 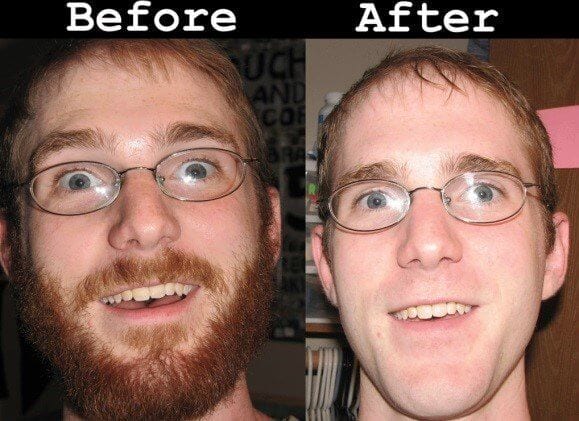 Photo Credits– Maybe it’s best just to have a shave!?

Finally when buying processing equipment in Japan I attended acceptance trials in the Japanese factory. The equipment worked wonderfully making everything as it should however, but despite being part of the contract, the machine guarding was woeful. There would not have been a safety committee in the UK that would have accepted that machine in a UK factory. Of course, as you would expect changes were put in place immediately but you could see the Japanese engineers choking back a “WHY?”.

The fact is that one national standard of “safe” or “hygienic” is likely to be different from that in another country. Despite the march of Euro standardisation and “Worldwide Standards” differences in interpretation and implementation remain. And I say a good thing too. Ultimately we all want the same thing. Good, safe products made in good safe working conditions delivered at the best prices. But, processes and products evolve and the opportunity to “cross fertilise” the best bits of good practice from one manufacturer to another across national borders demands that we copy, share, experiment and innovate, driving employee safety and customer satisfaction forward.

This article was written on behalf of Protec Direct, one of the UK’s leading distributors of PPE and safety wear. We pride ourselves on protecting people in potentially unsafe working environments.

Get a PCB quote and receive the proper application of our circuit boards and other products can help you deliver better solutions and services. If you are interested in purchasing our high quality, printed rigid flex circuit boards, get a quick cost estimate right here. We are committed to providing our clients with the best in advanced technology, along with high quality manufacturing and engineering and support. Get a PCB Quote today!